Arvoch Alliance SE is a first person 3D space combat flight simulation from StarWraith 3D Games. As a flight commander in the Alliance Navy, you will take on the challenge of leading a team of pilots through a series of missions spanning the vast region of space known as the Evochron quadrant. As the story unfolds, you will take part in the events that eventually lead to the end of the Federation/Alliance war and the liberation of Evochron. In the midst of an ongoing war, the sudden return of the Vonari signals a dramatic change in the course of human history as forces unite in an epic battle for survival.

If you find a particular mission too challenging or not enough, you can change the difficulty setting in the Options menu... including during an active mission.  A comprehensive strategy guide is also available at the link below and includes individual walk-through videos for each campaign mission (there are some spoilers, so you may want to avoid using the guide if you prefer to figure things out on your own, or just until you might feel you need to):

4 Multiplayer Gameplay Modes - Cooperative Campaign, Dogfight, Squadrons, and Strike. The Cooperative Campaign mode lets players join together to complete the game's built-in campaign. The Dogfight mode is a battle for survival with all players hostile to each other. The Squadrons mode is a team-vs-team battle that lets players choose which side they will fight for and provides stations for each team for repairing and rearming. The Strike mode is also a team-vs-team battle, but it adds a command ship for each team to defend. The first team to destroy the opposing team's command ship wins. The host can define a kill limit or a time limit for the latter 3 modes and can add AI controlled ships to fill in empty player slots. The multiplayer mode also lets players quickly set up battle scenarios to play on their own using the mission options available to the host.

Advanced Order/Command System - Lead your squadron(s) by issuing commands to specific groups or individual ships using the mouse driven command interface (optional key and button bindings are also available). Give orders to attack, defend, join formation, hold at a particular location you select, or reload, repair, and refuel. Giving the right orders at the right time may often be critical to victory. Your ability to plan and lead can be just as important as your skill in combat.

Player Controlled Ship Selection And Configuration - Your command authority puts you in charge of which ships your flight group will use during most missions as well as what weapon and equipment configuration your ship will have. A simple drag-n-drop interface lets you quickly select ships and a loadout configuration prior to each mission.

Diverse and Interactive Environments - Descend into planets from space, travel through dense nebula clouds, fight the powerful winds of a gas giant, balance the pull of a high gravity star, navigate clusters of asteroids, and battle it out in the no-excuses realm of open space. Arvoch Alliance SE features several environments that can impact ship performance, fuel use, weapon availability, visibility, sensor range, and more.

Extensive Target Selection and Tracking Systems - Monitor the conditions of the battle with the Tactical Console and select ships for orders or targeting right from the console menu. Select targets by mouse clicking on them or use the proximity, gunsight, and list selection options. Track a target's missile count, particle and beam weapon types, speed, shield status, hull and subsystem damage, and even its trajectory with motion ladders.

Realistic Newtonian Style Physics Model - Utilize the flight tactics available with the inertial physics system that lets you drift freely and perform maneuvers such as high speed strafe passes and flipping around to fire at a target while flying backwards. Use the afterburner for quick speed and course changes while manually controlling the hull thrusters for additional adjustments. An optional Inertial Dampening System (IDS) is available to help keep flight control easier to manage.

Detailed 3D Cockpit and Instrumentation - The first person perspective pilot view offers an in-scene 3D cockpit that moves and responds to control input and impacts for a realistic sense of being in the ship itself. A helmet visor based Heads-Up-Display (HUD) renders important information that matches the pilot's view and is center focused. As much information as feasible is displayed on the central HUD gunsight and directly on the target being tracked for quick information gathering and situational awareness. Players who prefer an unobstructed view can optionally turn off the 3D cockpit, leaving only the HUD and displays.

New Graphics Engine and Effects - From explosion blast waves to massive capital ships breaking apart in pieces, the new graphics engine provides a much higher level of detail and many new special effects. The new graphics engine is heavily shader based and includes normal, specular, and emissive details for ships, stations, and other objects.

Event and Time Driven Missions - The new mission structure allows for in-game dialogues, ship departures, ambushes, and other timed events to occur. Players can even design their own dynamic campaigns in branching mission structures (where victory or defeat determines the next course of the campaign) using the optional mission editor.

Music and Sound Effects - Dynamic music system (with music by Rich Douglas). The music changes with the level of hostility around you.

Diverse and Flexible Control Options - Supports keyboard, mouse, gamepad, and joystick flight control. Use the control device you prefer to play the game. The game supports up to 8 simultaneous control devices with up to 40 buttons each.

Full Support for TrackIR - Natural Point's TrackIR 3D head control system lets the player manage the viewpoint from the cockpit with all six degrees of movement.

This order page is for a direct download key that can be entered when prompted by the game to convert the demo into the full version.

** Recommended for hosting multiplayer sessions with more than a few players.

In order to download this game you must purchase it at or above the minimum price of $19.95 USD. You will get access to the following files: 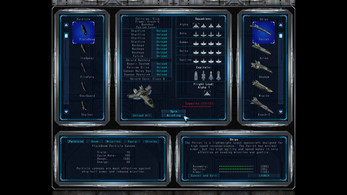 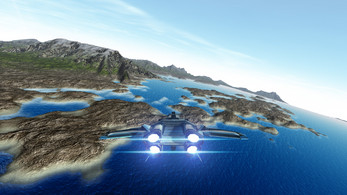 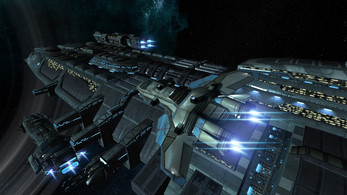